About to go and do an interview on BBC Radio Nottingham about representation of black culture on film.
Framed around recent released discussed in prior post and hoping to discuss my paper due to present in Milan in 10 days and the new BA (Hons) filmmaking course at ntu that I lead and how these all connect.

Creating Characters International Symposium at Humber Institute of Technology and Learning (ITAL), Lakeshore Drive, Toronto is finished. Mine was the last presentation of the three days and went well. The last day we had Barry Flatman, Joseph Kertes, and Wayson Choy attend. They discussed creating characters and both the break from the presentation of papers style and the content, what they discussed and the way they discussed it was really good. Overall the symposium was excellent. Lots of interesting conversation after each of the varied events. People were from Toronto, Barcelona, Manitoba (Winnipeg), Oklahoma, New York, Ireland, South Korea, Perth, Oporto (plus other places I’ve now forgotten) with the disciplines being as varied as the journeys we had made.

Hopefully details of how to access the publication will be forthcoming soonish.

Next’s year’s takes in Barcelona, March 2015 and i’m hopeful the dates will match up with what else I’ve got going on.
I’ll no doubt post details in about 8-10 months time.
Pic of the fantastic Niagara Falls. Ideas can’t simply come from talking, they ahve to be floating about in the mist also.
Whilst at the conference a fellow delegate mentioned this Screenwriting Research Network network which i’d not heard of before

Going to check them out.

Heading off to the airport now.

This recent report Forget Franchises mirrors the focus of a paper I wrote last year.

Marvelisation, as I coined it, is a narrative strategy whereby an interconnected universe is exploited through standalone films.
I presented the paper at the Avanca Cinema Conference in Avanca, which is a small town about two hours out of oporto.
A link to the publication can be found here. 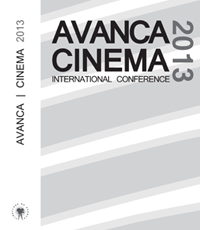 If interested in reading writing about cinema the book is a good purchase being 1288 pages long! each article is about 5 or 6 pages in length.

a Link to this year’s call for papers can be found here. The conference has a film festival attached to it and practical workshops so a really good way to be immersed in film, in sunny Portugal, for a week.

Got a lot of different types of writing to do over the next few months. Mixture of creative, academic research papers and session plans etc. I reckon about 15,000-20,00 words.

Got some interesting post-graduate projects to supervise this year. One I’m finding really intriguing at the moment is the one of surface division in film. Bruce Block has written about this but it seems like most of the work is more on aspect ratio so this important composition technique is going to be interesting I think.

Of course as soon as I start reading material for my paper is get new ideas about older ongoing projects. Furiously note-taking as I jump between three projects.
But as ever it will be a test of ‘apres le deluge’

Got my Avanca Cinema 2013 conference abstract nearly done. Worked out which of the two ideas I’m going to go with and it’s the screenplay writing idea. Makes a lot of sense given my own experience.
The structure is just about there in a combination of my head and on paper. Aiming to get it complete this time next week so I can see it for a few days before I send it off for 27th (not 28th as I may have said previously).
Will try to develop the other idea for next year/another conference I think.
I need to get on with some of the stage and screen ideas also soon and not spend all my writing time working on journal articles and conference papers. Got a lot to do and need to get back to doing it.

Trying to go to Avanca Cinema Conference in Avanca, Portugal later this year. Now know what I’m going to be writing about so working on the paper now.
Tried to go for a number of years as the conference plus film festival always sounds interesting year after year.
Let’s hope I can get it together this year and go. Conference is in July but got 28th Feb deadline for the abstract. Got two different ideas I’m working on.

Two days of development ended today. Left me with lots of thoughts, some good questions prompted by the participants, Ollie Smith, Rochi Rampal, Bianca Winter, Barret Hodgson, Kate Chapman and invited audience Rachel Briscoe and Hannah Nicklin. The major question that has come out of it for me is whether the audience interaction had envisaged is necessary at all, the piece has the potential to do lots of engagement with the ideas so more might be too much. If Audience interaction/interactivity is the way to go then how much and how now? Ponder for a while and then take it forward to the next point, some kind of Grant application.

Wow was my reaction when I read on the Guardian website that Cary Fukunaga (Sin Nombre(2009)- yet to see but want to see and Jane Eyre(2011) Never read and not likely to see or read) is in development to direct this high concept film Spaceless. Assassins floating in space!! Wow where did that come from? Why don’t I have ideas like that? This isn’t to mean that I wish i’d come up with that idea but really more why do I come up with my ideas and others come up with their ideas? What is it about our character, life experience and aspirations that lead us to think, dream, develop creative ideas in particular, specific, individual, unique ways?

So i’ve been wandering around the net thinking about this and have seen people talking about this guy -Ronald S. Burt, a sociologist, says: “Creativity is an import-export game. It’s not a creation game.”. Check out this site by Danah Boyd who chats about the idea generation concept. Good reading I found. I’m going to try and get this Burt guys book to have a read but my summary before i’ve read anything is “go out and meet people different to yourself and different to each other and make the connections”  so from a stageplay or screenplay idea this perhaps defines the more recent high concept mashups  of recent ilk (abraham Lincoln: vampire hunter, Cowboys and Aliens, Bride and Predjudice, etc, etc.

Be keen to see Spaceless if it ever comes to pass.