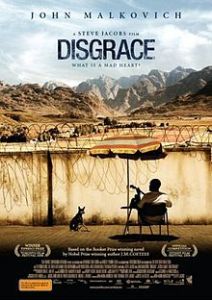 Just watched Transamerica the 2005 film. Recorded it about 2, perhaps 3, years ago now but never gotten around to watching it until now. Loved it. Really clever script, surprising moments that came from really good characterisations and performances. The road movie element with the ticking clock has, of course, been done to death but the script really made this film for me. I can see why felicity huffman won so many plaudits. Never heard of kevin zegers before and he delivered a really rich, nuanced performance also.
Check it out if you can.

Been shooting with a Red Scarlet last weekend, Friday and today, Sunday. 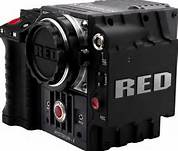 Not Directed anything for literally years and so enjoyed this shoot. I’m Producer/Director on this so thinking about budget and logistics as much as tone and feel.
Doing a spoof xmas ad for BBC Radio Nottingham. The Red seems so versatile. Tom Pierrepont shot it for me.
Been getting into post as we used a 3D printed model to augment some shots. Bought. some fake snow. The 3D model greenscreen shoot was to potentially replace some shots with the snow. We had to dress a couple of sets and so the 3D was a back up if it didn’t look so good but it does.
The snow comes from Snow Business based out of Stroud, Gloucestershire. They did first Narnia film.
It gives a really good immediate visual. We were shooting out in public places and it went down well with kids.
Produced a quick BTS edit last night and that was good fun.
Red allows a 4K version so that is what we are aiming for.
Colour correcting in Red Cine X 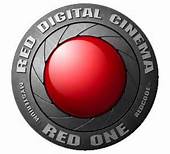 Amazing that both of these software tools are free.
Finished Edit delivered week after next so I’ll be posting a link to the film soon.

Edgar Wright tweeted about this link.

I’d not read this guy’s writing before and I’ve not seen The Worlds End but love this review. Take a read, full of spoilers if you’ve not seen the film but just great (it’s a long read) writing on film, narrative and meaning and story structure.

**Apologies to readers. Just noticed that this link didn’t work properly. Posted from my WordPress app on my phone.

Trying to go to Avanca Cinema Conference in Avanca, Portugal later this year. Now know what I’m going to be writing about so working on the paper now.
Tried to go for a number of years as the conference plus film festival always sounds interesting year after year.
Let’s hope I can get it together this year and go. Conference is in July but got 28th Feb deadline for the abstract. Got two different ideas I’m working on.

So many films are announced that don’t manage to make it. My favourite painter so would love to see this as a film. Generally enjoyed the Toby Jones play of a couple of years ago that was at the Arcola Theatre and hopefully any film would have the scale that Turner demands.

I’ve taken it to mind recently that Danny Boyle is the Theatre Director who has made the best transition to Film Director over the last fifty years of British theatre/cinema history. There are lots of Directors who have worked in both Theatre and Film and continue to work in both but Boyle is now predominantly a film director unlike Mendes, Olivier for example. I don’t think Frankenstein heralds a return to the Theatre. I believe he has made the best transition because he understands that cinema is about energy and movement and that the camera is the primary storyteller.  Look at his films. I make this statement not from an exhaustive analysis of his film work but from instinct. Lots of Directors who make this transition think that moving the camera about is film and whilst Boyle often throws his camera all over the shop he uses that movement to storytell. I was thinking of international directors who might compare and I came up with Kurosawa and Welles.