About to go and do an interview on BBC Radio Nottingham about representation of black culture on film.
Framed around recent released discussed in prior post and hoping to discuss my paper due to present in Milan in 10 days and the new BA (Hons) filmmaking course at ntu that I lead and how these all connect.

Off to Milan soon to speak at the Screenwriting Research Network annual conference taking place in Milan this year. I’m talking about how black screenwriters might write for non-black filmmakers. It doesn’t happen very often.
These two films connected with my paper in my head. 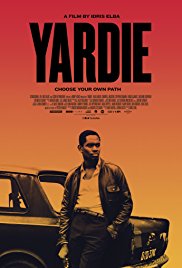 I saw Spike Lee’s BlacKkKlansman yesterday and am speaking alongside two others after a screening of Yardie on Friday about black diaspora depiction so waiting until after Friday before forming any conclusions.

Been super busy. working on a number of research projects, 1 subject to an nda so can’t show much but been really fun, editing 15 secs insta versions of video. Playing with trying to get the same ‘power’ into the 15 secs as the longer version of a test edit carry.

Other project is a project with architecture where the research is into using camera to measure bridge deformation. Research question is how effective can cheaper camera be? Ordinarily the cameras used cost 30G or upwards.

Posted a couple of images of an in lab test.

When the weather gets better we’ll be going on into the field to do some further tests. My role is to acquire the measurement data and I’m also making a creative film, working title, ‘buildings that breathe’.

I also submitted a doco idea for this https://whickersworldfoundation.com 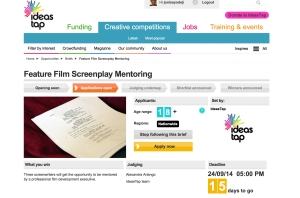 Creating Characters International Symposium at Humber Institute of Technology and Learning (ITAL), Lakeshore Drive, Toronto is finished. Mine was the last presentation of the three days and went well. The last day we had Barry Flatman, Joseph Kertes, and Wayson Choy attend. They discussed creating characters and both the break from the presentation of papers style and the content, what they discussed and the way they discussed it was really good. Overall the symposium was excellent. Lots of interesting conversation after each of the varied events. People were from Toronto, Barcelona, Manitoba (Winnipeg), Oklahoma, New York, Ireland, South Korea, Perth, Oporto (plus other places I’ve now forgotten) with the disciplines being as varied as the journeys we had made.

Hopefully details of how to access the publication will be forthcoming soonish.

Next’s year’s takes in Barcelona, March 2015 and i’m hopeful the dates will match up with what else I’ve got going on.
I’ll no doubt post details in about 8-10 months time.
Pic of the fantastic Niagara Falls. Ideas can’t simply come from talking, they ahve to be floating about in the mist also.
Whilst at the conference a fellow delegate mentioned this Screenwriting Research Network network which i’d not heard of before

Going to check them out.

Heading off to the airport now.

Paper done and delivered, trains, flights hotel booked. Super busily trying to get stuff sorted before I go. Working on presentation. Thinking of doing it in Motion to play with that tool.

Never used it, some experience of AE but wanting to deliver some teaching in Motion anyways so it’ll be a good opportunity. Aiming to get something done over the next week. Already done a Keynote pres that i’ll be converting to ppt so if the Motion I create is shit/doesn’t happen then I’ll already have one done. Thinking of taking my computer which I don’t normally do. Not seen the presentation schedule yet but if i’m later on not earlier on, then I’ll almost certainly take it so I can work on the presentation in the evenings, around the conference dinners, sightseeing etc or just to have it and play from my machine. I’ve a Henry Miller quote that I want to record as audio to play in also alongside mostly text and taking my machine will ensure that it all works. In Avanca last year for the avanca cinema film festival/conference (check it out and go if possible.) I spent ages making sure my videos were going to play properly only to have a machine that didnt deal with video codecs so the edited intro video that i’d worked on didn’t work as I only had the opp to test it literally a few seconds before the presentation. I had to improvise.