Film is followed by a q&A session with Director Gareth Edwards.

Edwards is also delivering a Masterclass in the evening. Not sure what the crack is here but I imagine he’ll deconstruct a number of scenes from the film.

Article in Guardian about the show here. I’m away when it opens on 6th November but got my tickets looking forward to it. 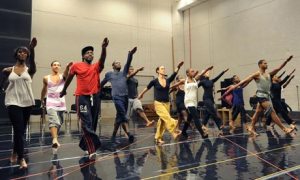 Check out BBC WritersRoom for various schemes and opportunities across stage and screen. Some oportunities for the students out there amongst you also. Hurry though dates approaching fast. bbc new writing site

8th International Conference on The Book

My attendance has been confirmed by NTU so I can now prepare properly for my paper presentation at the 8th Intl Conference on The Book. This year’s conference is taking place in St Gallen, Switzerland.

My paper currently has the incredibly clumsy title of ‘The Book’ an adaptation from the film: Technology, Narrative, Business & how the book industry might adapt the film.

As you can see it’s playing on the idea that the film industry has relied on the book for product since the beginning of cinema. My paper suggests a way that the book publishing industry might use how the film industry has dealt with technology. And use that example to be a bit smarter than the film industry. I think the comparison is usually made with how the music  industry dealt with ‘digital’. As ever i’m looking to do something a little different. Paper is almost completed and I’ve some ideas for the actual presentation. The paper is intended to be published in The International Journal of the Book, a fully refereed academic journal by November 2011.

57 Images Of My Father

Despite starting another rewrite of The Five Wives of Fela Kuti I’ve decided to switch my attention to completing another draft of a different project in development, 57 Images of My Father. I was going through old emails and saw one from someone who saw the pitch of I did of this project at Decibel 09 in Manchester. Realised I needed to get on with this and get a draft out and follow up this interest. The Five Wives of Fela Kuti project has taken along time, much longer than envisaged and I need to get more work written so I switched. Watching A Might Heart,  Michael Winterbottom’s film about the Daniel Pearl kidnapping I was struck by the line ‘how can you love someone you’ve never met’ . This is a key idea for my piece.

A video of me pitching the project can be found here.

Just finished reading Up screenplay. Saw the film on release. One of the advantages I liked of the eReader is its ability to handle pdf files. There are lots of online sources to get screenplays, drews scriptorama, imsdb.com, simplyscripts so check them out.
Scriptorama is my favourite as it tends to have lots of file formats available and I prefer reading pdf’s to html or word docs.
Reading An Education (screenplay by Nick Hornby) next.

Nottingham’s annual Mayhem Horror Film Festival opens at the end of the month. The festival was conceived and is run and programmed by filmmakers Chris Cooke, Steven Sheil and animator Gareth Howell. This year it hosts Monsters Director Gareth Edwards. Edwards himself is hosting a BAFTA masterclass as well an a q&a after the showing of his debut feature film as Director. The film was made on a very low budget.  See here for a featurette on the slashfilm site for how the look was achieved on such a low budget.

Tour dates for the show are here.

The show came out of a Theatre Writing Partnership initiative with the Eastern Angles and New Perspectives theatre companies. it tours for the next three weeks.

New perspectives will also be touring The Honey Man show. Written by tyrone huggins this is also a project developed through the rural touring initiative of a couple of years ago.